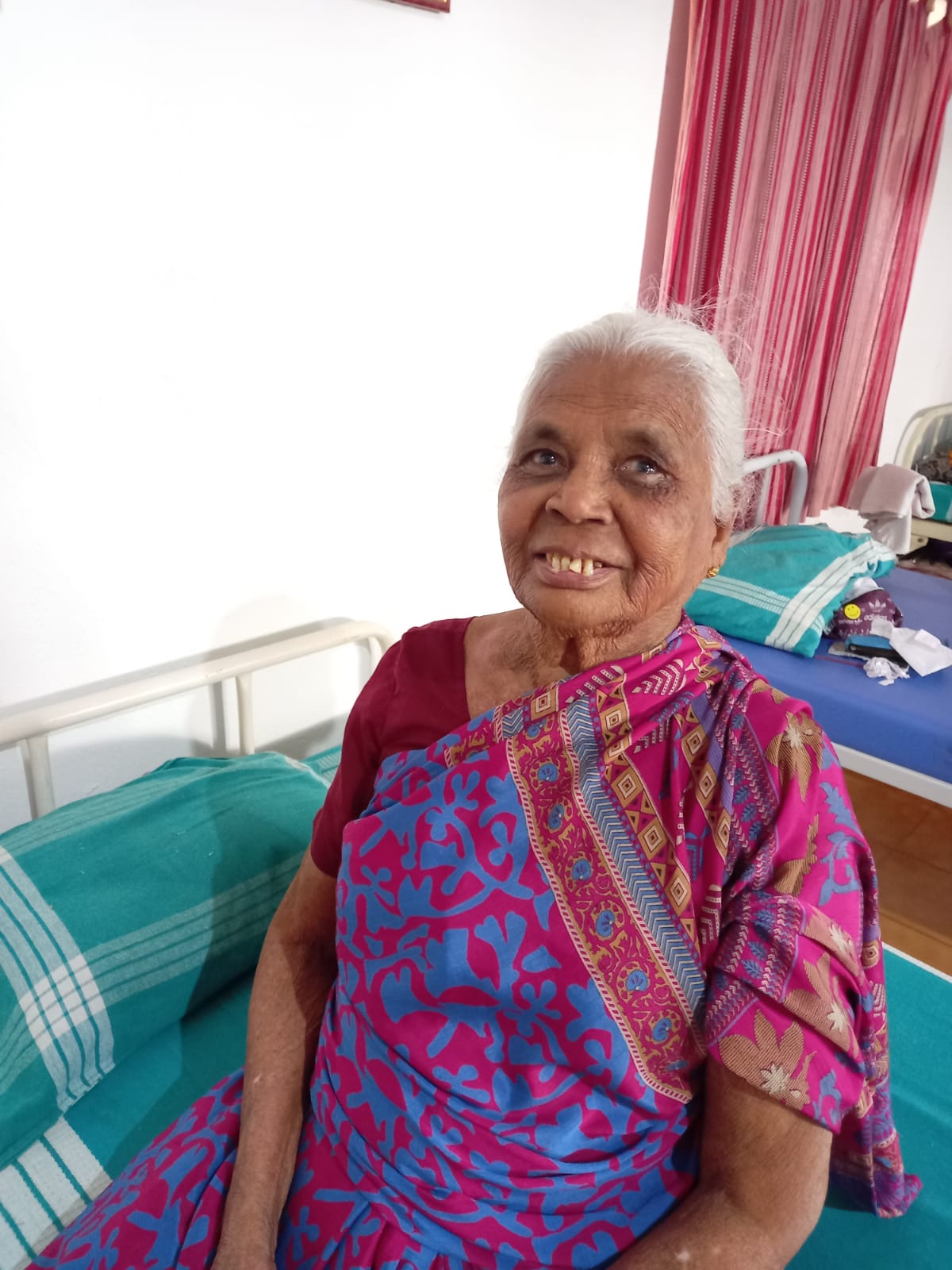 Villagers said her husband died because of her disease

By Christin EastmanMay 12, 2022Uncategorized
No Comments

Her one dream was to live somewhere she was accepted.

When she was 26 years old, Lyamma contracted leprosy and was sent to a government hospital for treatment. It broke her husband’s heart, and he vowed to stay with her despite the horrific rejection and sneers from neighbors.

When she got home, they lived a happy quiet life until he tragically died. As if the grief wasn’t enough, villagers told her it was her fault he died because she was marked by leprosy.

Alone, with no children to help care for her, Lyamma often went days without eating. No one would hire her or help her. She stayed in the village for nearly twenty years and continued to decline. She longed for a place where she would be accepted. 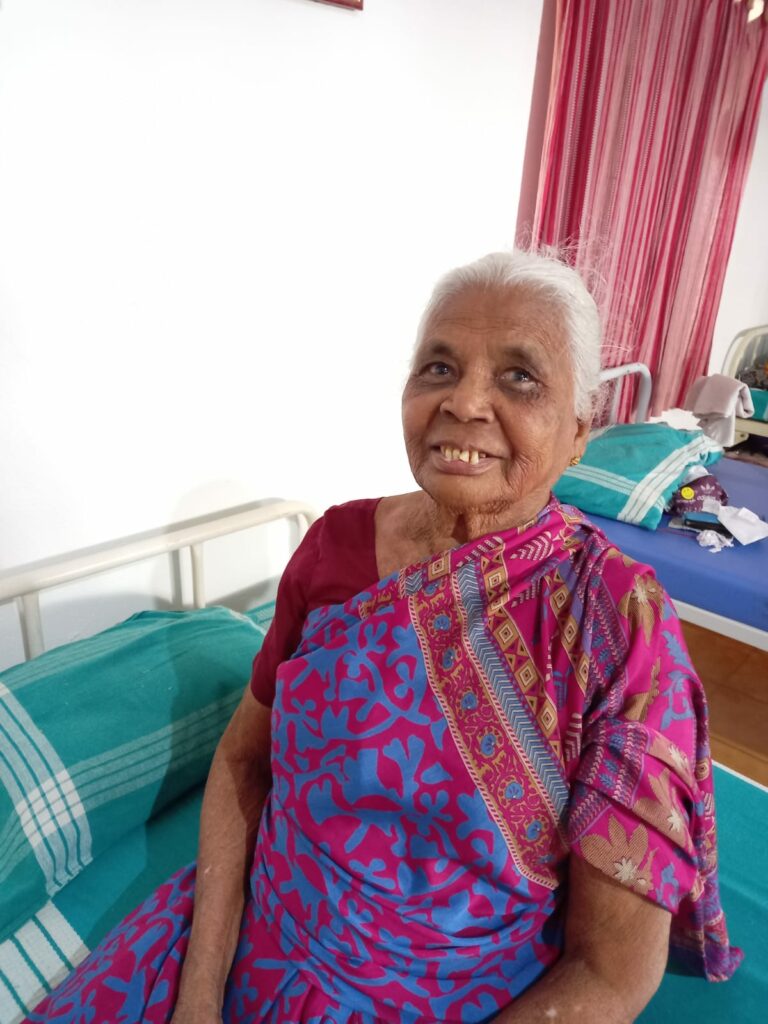 During a visit to a hospital for treatment, she met someone who told her about EAV. Immediately she moved to our hospice center — a dream that had been decades in the making!

Lyamma says she feels so loved and cared for and only wishes she’d known about EAV sooner.

Today, she loves life and is surrounded by many friends. The days of feeling alone and ashamed are gone. Lyamma gave her heart to Jesus, and it is touching to witness what the Lord is doing in her life and in the lives of all the patients. 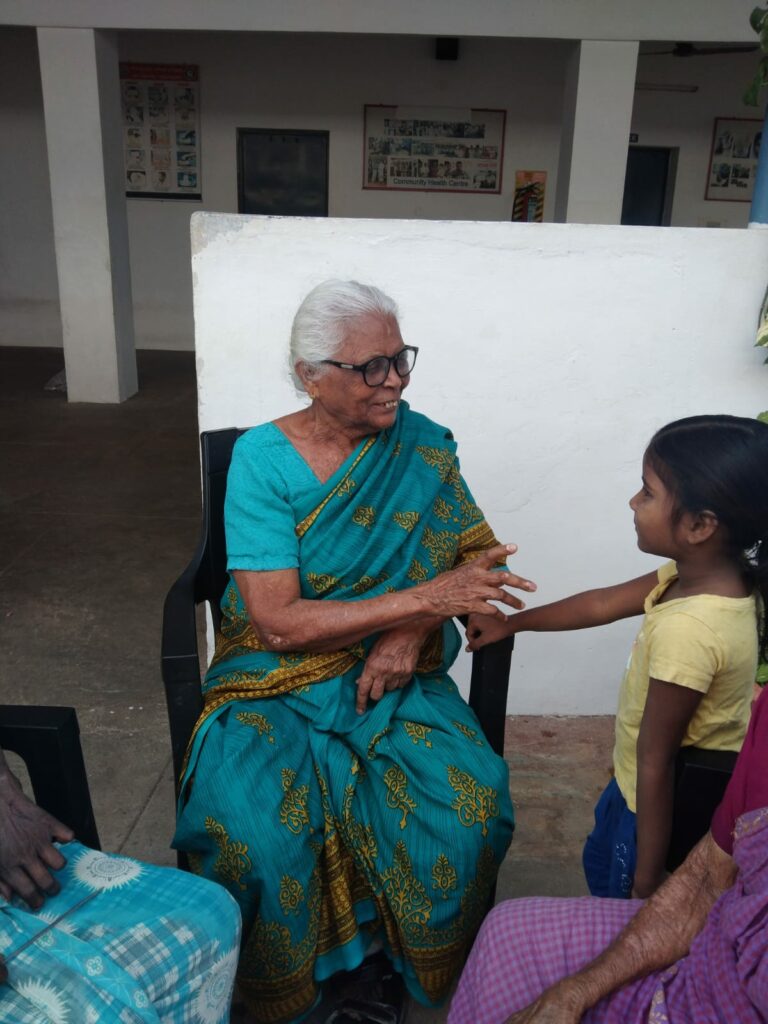 As many of you know, Lyamma’s story is not uncommon. So many with leprosy are cast out of their villages, abandoned by friends and family, and left to die alone. It’s heartbreaking, but we’ve been able to help so many affected by this horrible disease.

Lives are being changed, people are getting saved, and those leprosy patients who are in the final stages of life are dying with dignity. If you’d like to explore other ways to partner with us, here’s a link with more information.

We’re able to help make dreams like Lyamma’s a reality through God’s grace and the generosity of those inspired by this ministry.