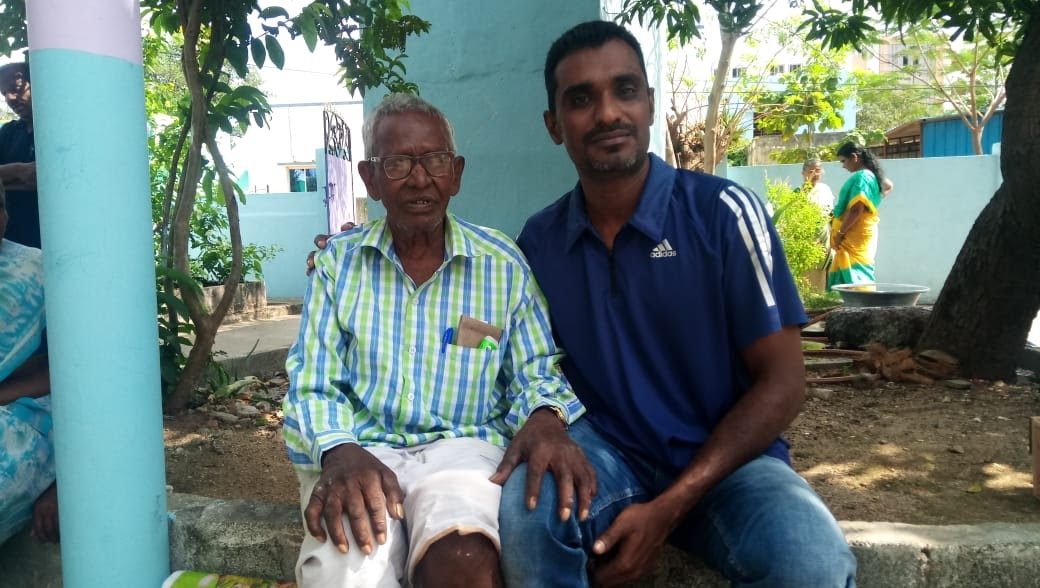 The Invisible Side Effects Of Leprosy

Leprosy may start with discoloration or irritation of the skin, but this disease is far more than skin deep. While the physical impact of this debilitating disease is astounding, we often forget to look past the physical ailments and see the emotional and spiritual trauma that leprosy causes. 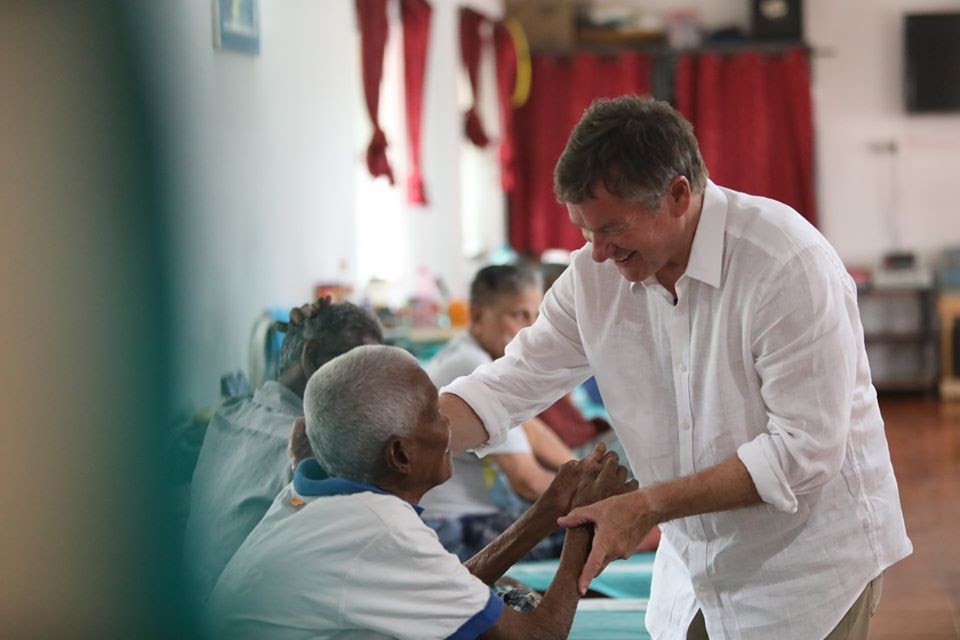 Those living with leprosy are often shunned by their communities, their friends, and even their families. They hesitate to ask for help because they know that with help comes the label.

A label of being untouchable. Unworthy. Unseen.

Someone’s diagnosis almost immediately causes them to be outcast from the places they need the most, like their place of employment, place of worship, and their place within the community.

Most of the time, people with leprosy have to figure everything out on their own. They usually resort to begging to scrape up the money they need to cover the bare necessities. When the elderly are affected, they often can’t care for themselves and fall into despair.

But those living with leprosy aren’t the only ones who are outcast.

Family members are often shunned by association. Simply being related to someone living with the disease means that person is no longer a welcome member of the community either. Most of the time, they have no choice but to live in a leprosy colony too.

The social stigma of leprosy can impact children the most.

A child’s diagnosis, or their association with someone who has been diagnosed, dramatically impacts the trajectory of their lives. Suddenly, they are denied proper education and healthcare. They are separated from their core group of friends and family and are faced with an unpredictable future with very little hope. They become trapped in the cycle of poverty and hopelessness, which is a sad and unfair place for any child. 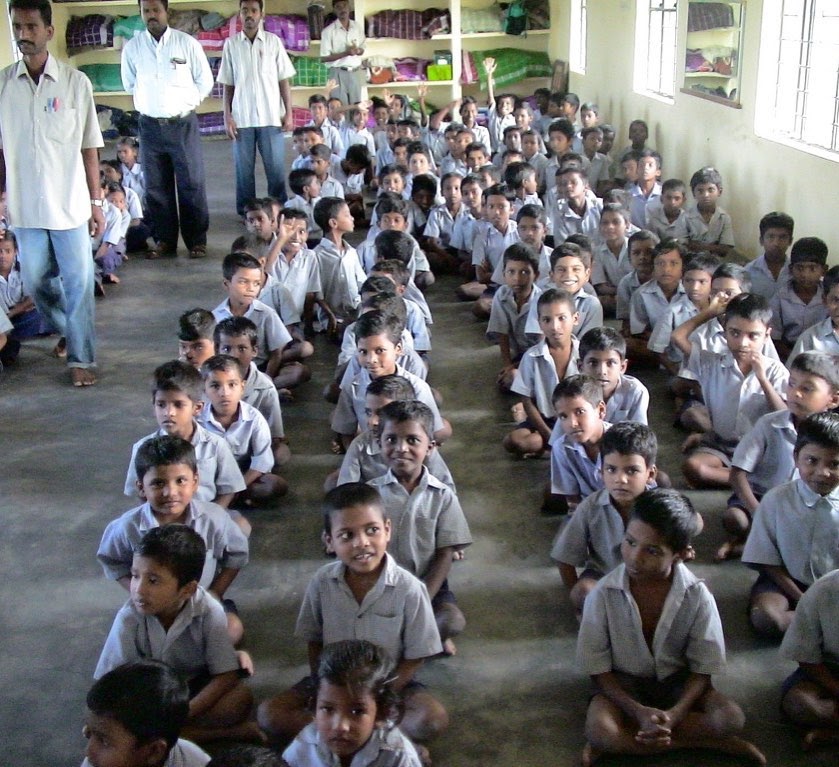 But all is not lost.

At Embrace a Village, we see people.

We don’t just see scars and wounds and limps and blindness and paralysis.

We see mothers and fathers and children and aunts and uncles who simply want to live a healthy life. We see children of God who are deeply loved and deeply wanted and who are worthy of health, healing, and restoration.

While we treat the physical wounds, we also address the emotional scars.

For some, leprosy is what brought them to Jesus. While they are treated and healed here at EAV, our patients are surrounded by brothers and sisters in Christ. Sometimes, they hear about God’s love for the very first time!

How beautiful that a disease that causes such isolation and shame brings people to the One who sees them as whole and perfect?

While leprosy can cause a cycle of poverty and isolation, Embrace a Village works hard to break that cycle. We work to create a cycle of love and healing, and many patients feel called to spread the love of Jesus and serve others in their community!

We focus on after-school tutoring so that children in these communities know love and hope instead of fear and shame. We hope to teach this future generation about the social stigma of leprosy, and give them the tools and resources they need to create a future where the focus is on the people, not just the disease.

Today we wanted to share a beautiful story of hope and restoration with you. Our dear friend Manikkam has faced many hardships in his life, but his hope and positive outlook have made a significant impact on us. We hope it will do the same for you.

Mannikkam has worked hard his entire life and found love at an early age. One of the main things that drew Mannikam to his lovely wife was her unwavering hope. There was something inside of her that allowed her to see the good in any situation. She was a hard worker, and she was loyal, and while Mannikkam couldn’t really describe it, there was something different about her. There was hope inside of her.

They were blessed with six daughters, and the family lived a humble but joyful life in the heart of the city. When Mannikkam was 40, he noticed a slight skin irritation. He didn’t worry too much about it and continued working hard to provide for his family. Over time, he started to notice that he was losing a sense of feeling in his feet and hands. He also noticed ulcers were beginning to form, but again, he wasn’t too worried. He tried to focus on his wife and his daughters and provide a life for them.

When the symptoms became undeniable, Mannikkam went to a nearby hospital, where he was given the devastating diagnosis of leprosy. As he processed the news, his wife stood by him. He understood what a gift this was. Many of his friends diagnosed with leprosy were isolated and shunned by their families. There it was again, his wife’s unwavering hope and optimism that he loved so much. Her loyalty and love that drew him to her in the first place served as a solid foundation when he needed it the most.

While he received treatment, his wife worked at a local farm to make money to cover his medical needs and provide for their family. He was grateful for her unconditional love.

A few years after his diagnosis, Mannikkam endured another heartbreak: his wife passed away unexpectedly. Alone in a small hut, Mannikkam struggled to meet his daily needs of food and bandages and found it almost impossible to continue providing for his family.

Mannikkam heard about Embrace a Village through one of his friends. He knew he needed help, both emotionally and physically, and headed to our clinic for much-needed care. When he arrived,  his wounds were treated immediately, and he was able to eat a full meal, something he hadn’t had in a long time.

He assumed he would come in, get treated, maybe have a meal, and then be sent away. Fortunately, this was not the case. Mannikkam found a community within Embrace a Village and his physical and emotional needs were met too.

During his time here, he slowly began to understand the hope that his wife carried in her heart. He realized how she was able to love so sacrificially and how she was able to see the goodness in a seemingly impossible situation. Leprosy may have caused Mannikkam a lot of heartache, but it also brought him to EAV. And to Jesus. And that changed everything.

We are so thankful to know Mannikkam and his story. We are touched by his humility and dedication, and see his story as a testimony of God’s love and selflessness.