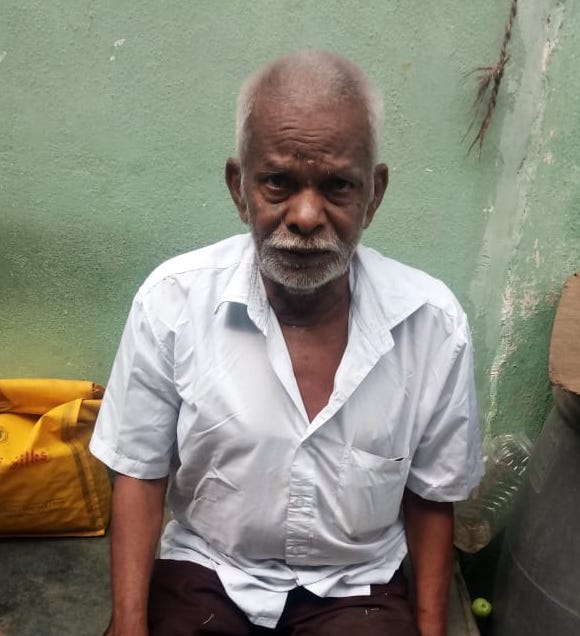 Sivasami was sixteen when his journey with leprosy began.

As a child, Sivasami struggled with epilepsy and would often fall. He was a happy child who loved playing with his friends, but one day, he fell a little harder than usual. His father took him home and noticed patches on his leg and applied medicine, thinking that it was a minor skin irritation.

However, more patches started appearing on his body, so his father took him to a public health center.

Sivasami was diagnosed with leprosy. 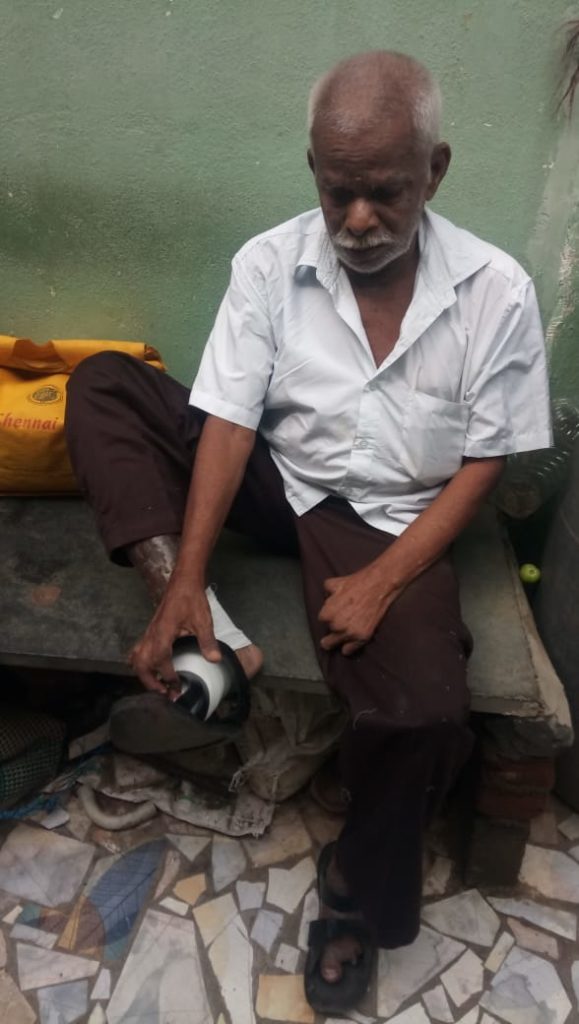 He was admitted into a leprosy hospital run by missionaries and started treatment. Unfortunately, it was too late. He lost sensation in his legs, and ulcers began to form on both his legs and hands. The hospital performed reconstruction surgery on his hand, but it was unsuccessful. He began to develop a “claw hand,” which is a condition that causes the hands to curl up like a claw.

Later he was moved to another leprosy hospital, but sadly, the condition could not be reversed. Sivasami’s family shamed and abandoned him.

“Suffering from leprosy is not an easy thing.”

After completing a multidrug therapy for leprosy, Sivasami stayed at a rehabilitation center and started working on a chicken farm and sold eggs to the local market.

A few years later, he met his wife Mary, and they had two sons. Later they moved to a leprosy village.

To take care of his family and purchase needed bandages for his ulcer infected legs and feet, Sivasami started begging. He said that begging didn’t provide the money needed, and his family was truly struggling.

At the age of 76, he still suffers from the pain and stigma of the disease. But recently, he was introduced to an Embrace a Village team for the first time. The team cleaned his wounds and bandaged his legs and hands. They also provided him with self-care bandage packets.

Sivasami is very thankful for the love and care he is receiving from Embrace a Village. The simple act of kindness of washing and bandaging wounds brought joy and happiness into his life.

Thank you for being a part of it.