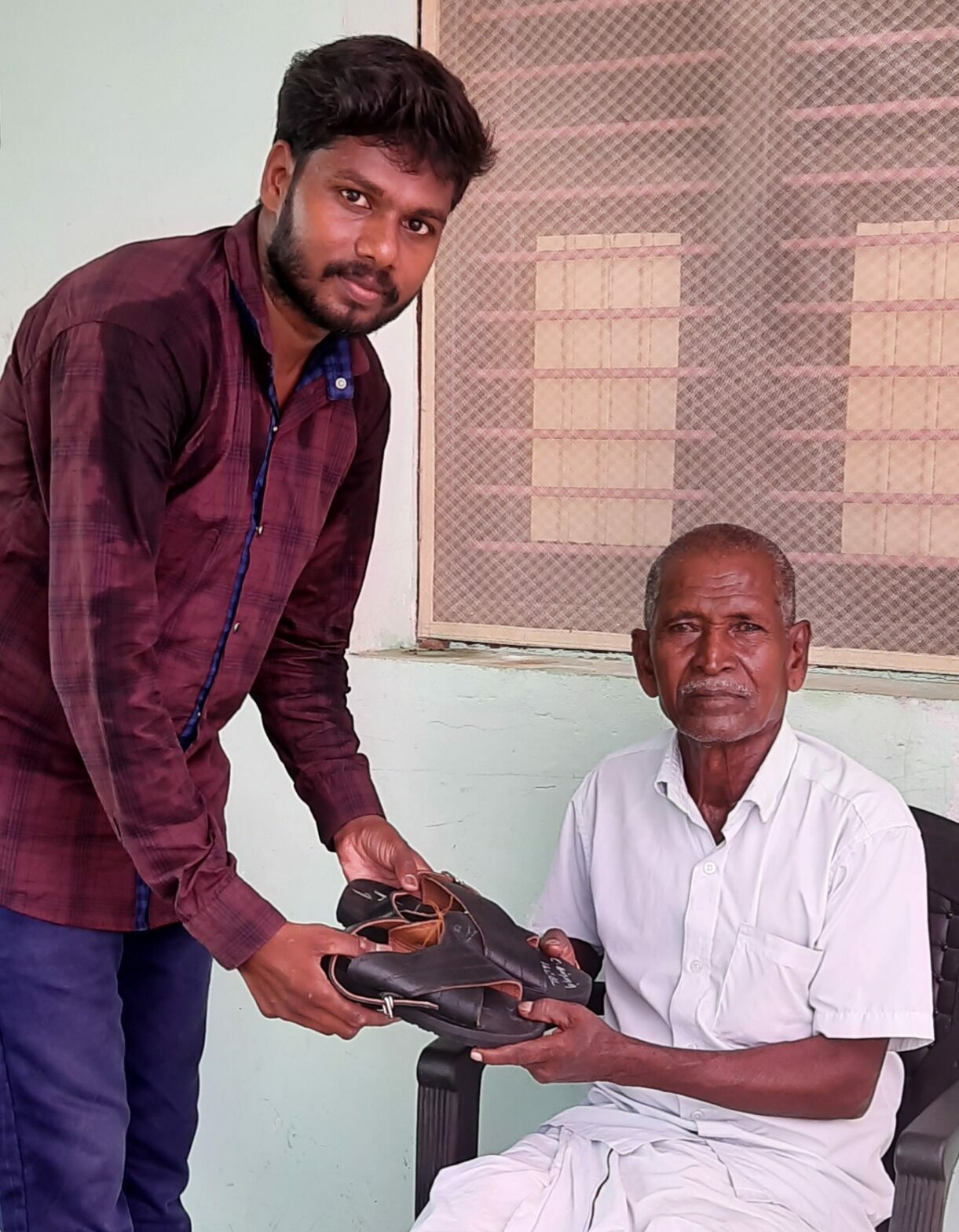 She was on the verge of death but now knows hope!

We are thankful to introduce you to our friend Kitatha. She nearly lost her life to leprosy and spent most of her life on the streets begging.

At one point in her life, she was married, but her husband left her after the leprosy diagnosis. She was completely on her own for a long time. 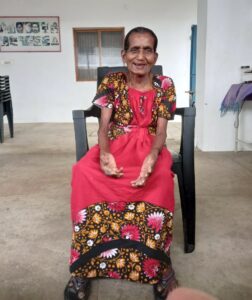 She worked for a local farm, but due to lack of treatment, Kitatha lost a few fingers and developed painful ulcers on her legs. She couldn’t continue working and didn’t imagine that anyone would want to help someone with leprosy.

But like an answer to an unspoken prayer, the EAV medical van began to visit many villages in her area and met Kitatha! She was in incredibly poor health, didn’t have proper clothing, and was nearing death. Our team immediately brought her to our hospice center in Coimbatore. Throughout her first few months with us, she slowly understood that Embrace a Village truly wanted to care for and love her. This realization brought her to tears.  She’d suffered most of her life alone, but now she had a family with EAV!

He lost his family and his livelihood seemingly overnight…

Our friend Kannan is a very gentle and soft person, his smile brings joy to all who see him. Most people would never know the true agony and pain this man has experienced.

Kannan was a farmer for most of his life. He had a small piece of land where he cultivated vegetables for his family to sell in the market. He was married and had a young son when his beautiful life was suddenly turned upside down.

Kannan was working in the field when he stepped on a large thorn with his right foot. Strangely he didn’t feel the pain, so he didn’t think much of it. But a few weeks later, ulcers began to form in the right leg. He thought it must be from the thorn and continued working his regular hours.

What finally brought the seriousness of the situation to his attention was a toe that looked like it could fall off… Kannan grew scared and went to see a doctor. The doctor immediately asked him to go to the nearby leprosy hospital for testing. He was not prepared for what the doctors were about to say. Kannan was diagnosed with leprosy and admitted to the Thiyagadurgam Leprosy Hospital for further treatment.

During his treatment, Kannan’s wife left him and took their son with her. Losing his family was far worse than the leprosy, but there was nothing he could do about it. He had to care for himself and depended on the disability pension from the government. Sometimes it was only enough for Kannan to eat one meal a day, and some days he went without food altogether. But he refused to go beg for money. 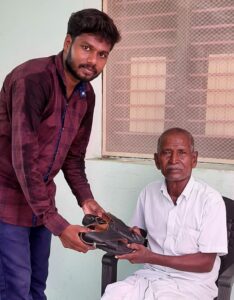 Six months ago, EAV first met sweet Kannan. He says he will always remember that day. It took him a while to open up with us about the pain of his past, but we were honored to get to know him and introduce him to the comfort of our almighty God! We get to provide him with sufficient rice and all the necessary bandages for his ulcers. Kannan also received a pair of our custom-made shoes for his badly affected feet! Kannan expressed his vast gratitude for Embrace a Village.

A young woman’s life changed by disease and isolation.

A young woman’s life changed by disease and isolation.