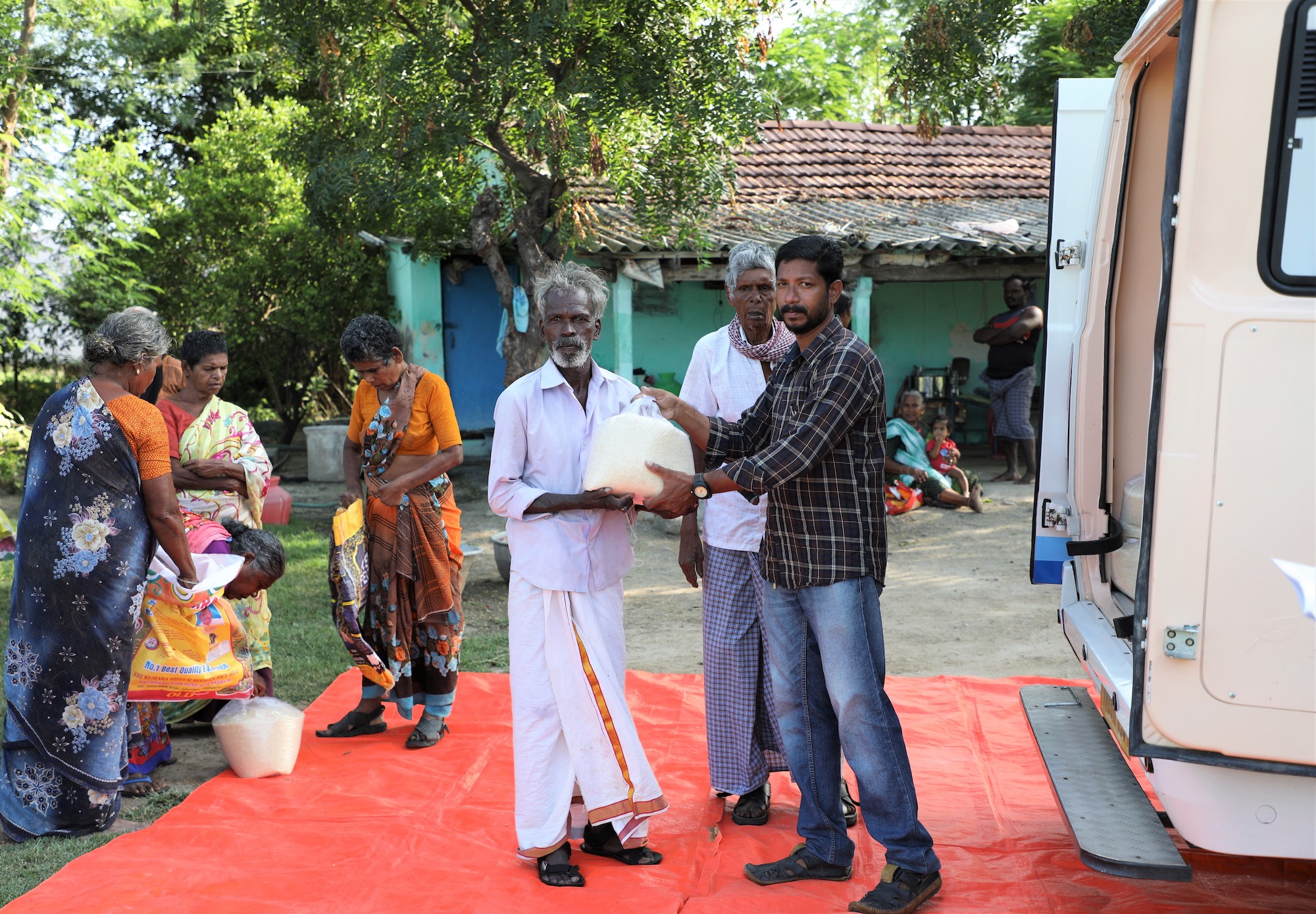 Leprosy does not discriminate with age.

Leprosy does not discriminate with age.

We have had the honor to serve Thankavel and his wife, Anjalai in their leprosy colony in Salem district of Tamilnadu. Thankavel was first affected by leprosy at the young age of 14. He was forced to discontinue his studies and separate from all his friends and family.

Heartbreakingly, 45 years later, he continues to live in agony and pain from the disease. 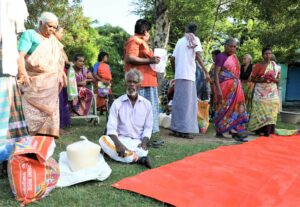 Like so many others, Thankavel has a story ruled by his disease. He moved around for different treatment options and leprosy homes, he couldn’t go back to his home. Many years were spent isolated and he knew both physical and emotional pain too young. Later, during a stay in a leprosy home, he met Anjalai. The two got married and moved to a leprosy colony in that area.

Both Thankavel and Anjalai suffer from leprosy, and due to their physical condition, Thankavel had to go begging on the street for money and food. Many times it was tough to get enough, and on some days he could only eat one meal so that he could save enough for his family to survive.

Life was simply disappointing and painful, he believed there would never be a better day. He thought everybody he knew had rejected him, and even God closed his eyes to him. He was in a time of true and deep hopelessness when the Embrace a Village team was able to pay him a visit. 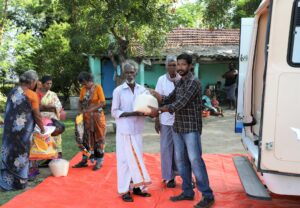 Thankavel says that he finally was able to hope for better days. He and his wife are cared for by our team and given 10kg of rice each month, which prevents them from going hungry. It is incredible to see how a small gesture of love and kindness can completely transform lives. This is why we exist. Thank you for the support that allows us to serve Thankavel and Anjalai!