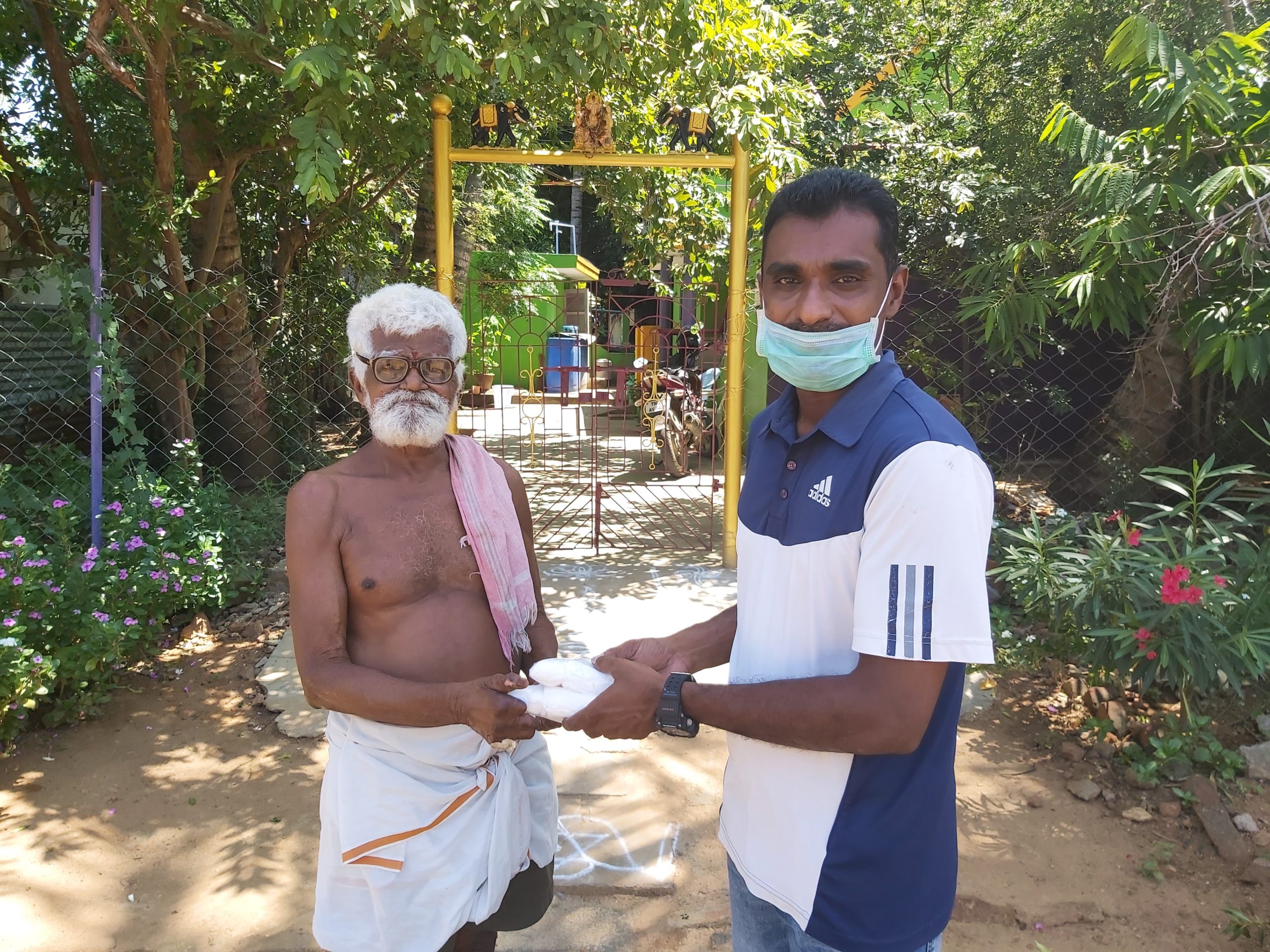 “I can count on Embrace a Village no matter what”

This month, we have so much to celebrate as we venture back into Tamilnadu with medical supplies and food for the villagers. God has heard our heart’s cry to be with the people and we are serving them with renewed energy and excitement. 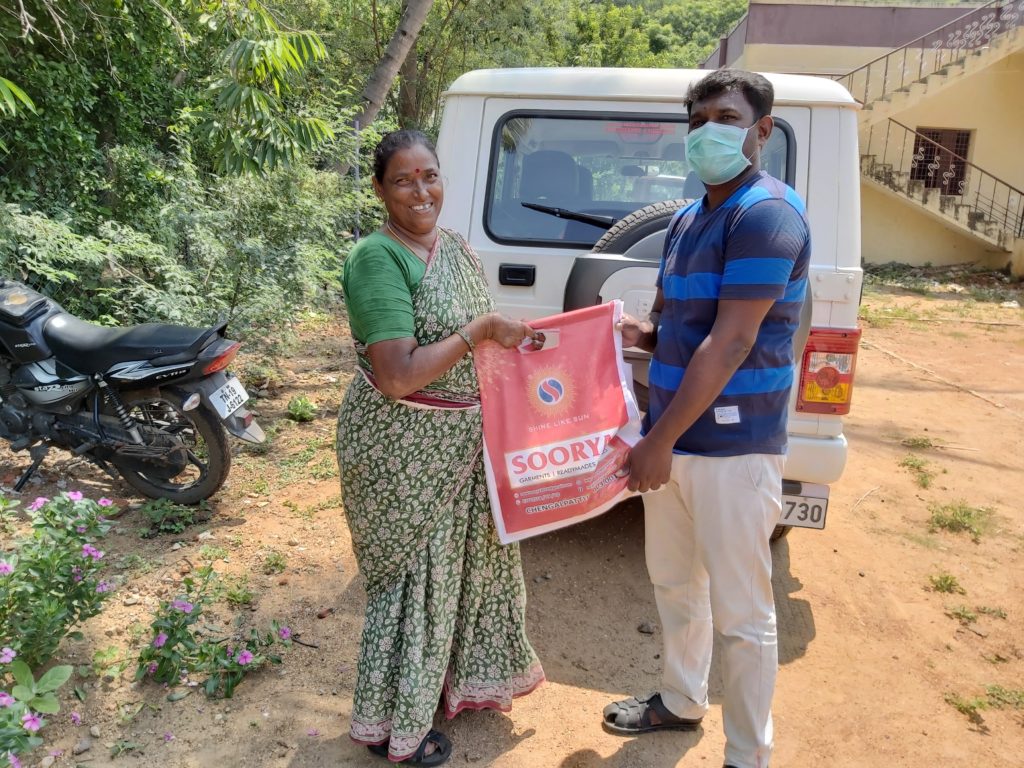 Today we wanted to share a touching story of our friend, Duraisami. He is 73 years old and lives in a Chennai leprosy colony. He was the youngest of four sons and his parents were farmers. He never went to school and followed in his father’s footsteps taking care of cows. He lived a happy life with his family until a great tragedy happened when he was 25 years old.

One day, Duraisami was taking care of cows in the jungle, and he noticed patches on his legs. He thought he had a skin disease and didn’t think much of it. A few weeks later, he noticed numbness in his legs and couldn’t feel much. He went to a local government hospital and they confirmed that he had leprosy. They sent him to a leprosy hospital in Chengalpattu, near Chennai.

After the treatment, he wanted to go back to his family, but his brothers no longer wanted him in their house. They said if Duraisami stayed with them, then they would all get it, so they sent him away.

With a broken heart and filled with rejection, he left home and started living in a small village near the leprosy hospital. It became his permanent home.

When Duraisami shared his story with us, he was weeping. He told us that he later got married to Muniammal, but they never had any children. By begging, he provided a meager income for he and his wife. But even that became hard because of the ulcers on his legs; yet somehow he survived. 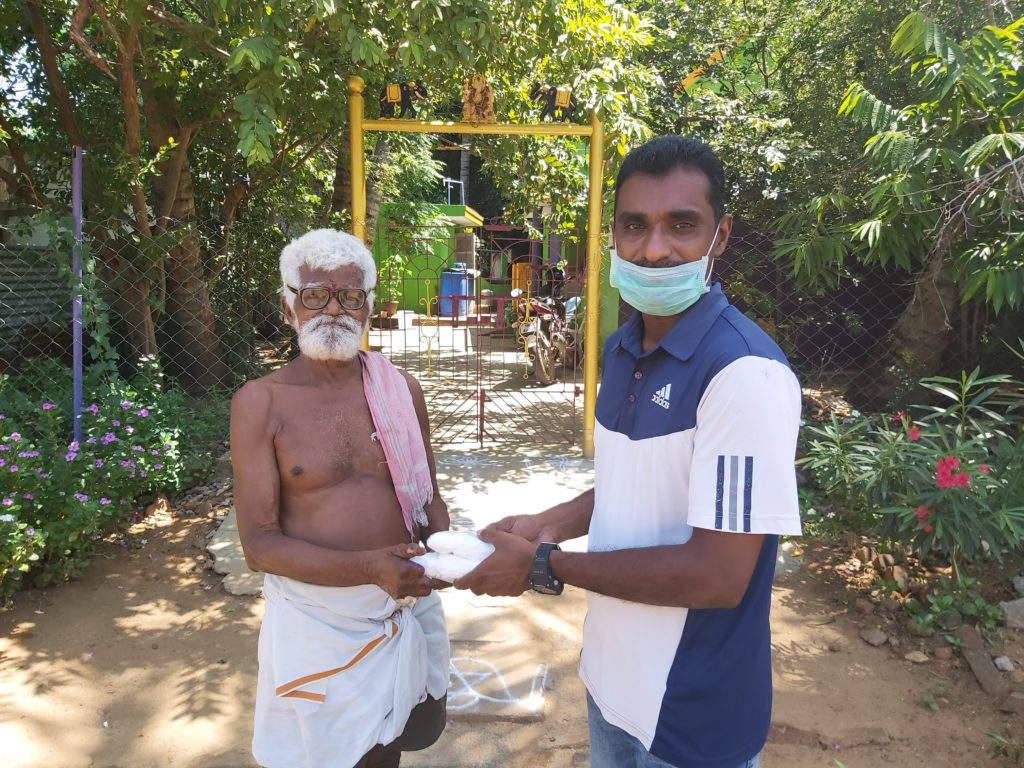 During this time, Embrace a Village started visiting the village where Duraisami lived. EAV provided 10 kg of rice every month, and regularly treated him without charge. We tended to his wounds with love and care, and provided self-care packets where he could change the bandages for his ulcers when we weren’t there to help.

During the lockdown, Duraisami survived on the rice we provided and the pension he received from the government. He told us during this sweet time of sharing his testimony that, “I can count on Embrace a Village, no matter who comes or not comes Embrace a Village will come and help us. God bless you.”

We are thankful to play a small role in helping Duraisami feel more dignified and loved. If you’d like to help make a difference, then we invite you to join our Embrace Hope monthly giving program. Even $25 a month goes a long in helping to bring restoration to the lives of those with leprosy. Here’s the link to get started.

Thank you for your continued prayers and support. We are so grateful.